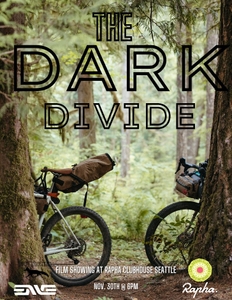 The Dark Divide is a collaborative film project between Mercator Films and Evergreen Gravel Racing which explores the intersections between adventure cycling, conservation, and Indigenous Sovereignty. The film follows 10 cyclists as they disappear into the landscape surrounding the Dark Divide 300, a 330-mile Pacific Northwest bikepacking route through Nisqually, Cowlitz, and Squaxin Island land in Washington state. Tribal leaders from the area provide context on what the land means to them presently, has meant to their Tribes historically, and what the adventure cycling community can do to become better stewards to the land we occupy. The route will be run as an endurance bikepacking race in summer 2023.

Arrive at 6 for beverages and light refreshments provided by Rapha Seattle.

Film Screening from 6:30 to 7 with short Q&A session to follow.

Thanks to Rapha, Swift Industries, ENVE Composites, and Dandelion Cycles for their support. 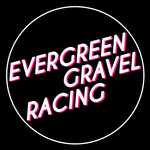 Evergreen Gravel Racing is based in Olympia, WA, Nisqually territory and was formed in 2017 centered around a mid-winter 100 mile gravel adventure race, as well as several group gravel rides throughout the year. The goal of EGR is to host a world-class adventure cycling event, while maintaining accessibility to...

You must log in to comment.
Everyday Rides is a free service built for the community with donated time. Please consider supporting the site. ❤️🫶💖
Become a patron